but never fear cos Millie is here!!

I had a word with granny growbag as she has nothing to do as she can’t go in the garden at the moment and potter on amongst the plant pots. She loves her garden SOOO much so we called her granny growbag! teeheeeee

Well we then had to get some wool didnt we – i let monkey go and get some – but he came back home with a sheep. Bernard the sheep from the field at the end of the street.

Eeeeh I was laughing so much I couldnt tell him off and I just did a little wee instead. teeeheeeeee Monkey!

But anyway, we bought some proper wool minus the legs and granny growbag knitted some cuddle snuggle suits for us!!!! as its still very chilly out and monkey is a bit concerned that his monkey nuts will freeze and fall off 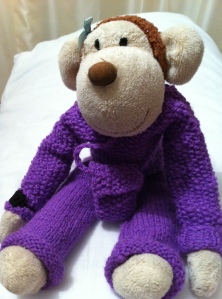 Well monkey wanted a pic too of course…… 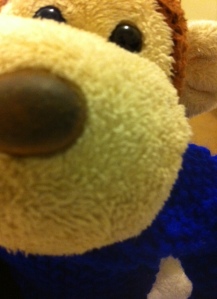 monkey you’re too close to the camera! 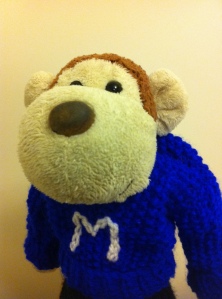 And here’s one for the family album….. 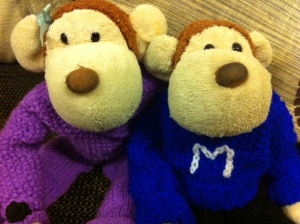 Monkey says the only problem with the cuddle suits is that when he pops, the smell lingers a bit longer than normal….poooo  monkey!

he says sheep must stink! he’s going to sniff bernard next time we see him 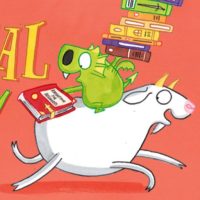